St. Mary’s Home is blessed to have volunteers, friends, and benefactors who so graciously give of their time, talent, and treasure. Each of us has varied talents, and when shared, bring great joy to others.

Our Residents witnessed this firsthand in early March, when the spirited and skilled Music Makers led them through an interactive performance titled “Celebrating the Music of Richard Rogers and the Lyrics of Oscar Hammerstein.” Refreshments, including whimsically decorated cupcakes, only sweetened the recital.

Sisters Mary Rita Clifton, Therese Stubits, Liz Stubits, and Julianna Plucinski were joined by their close friend Janet Gore, whom them affectionately call “Plus One Sister,” to perform well-known show tunes from such beloved musicals as The Sound of Music, The King and I, Oklahoma, and Carousel.

Liz, an active member of the Association Jeanne Jugan (AJJ), confided: “My sister Mary Rita is the real musician in the family.” She added: “Both she and Janet are trained in voice, and they both sing in the choir at church.” Liz is rather modest of her own talents, because to the eager and grateful listeners, these polished performers sounded as if they all were Broadway bound! Mary Rita produced the program and masterfully played the piano, while the other sisters sang their hearts out. Broadway bound, indeed!

The performers provided the attendees with sheets of the lyrics, yet most of the Residents immediately, without any prompting, gladly and enthusiastically burst into full-throated song, the words and music deeply engrained in their memories.

It was a wonderful afternoon of celebrating the gift of talented music makers and, of course, the irresistible and unforgettable melodies from the American songbook. 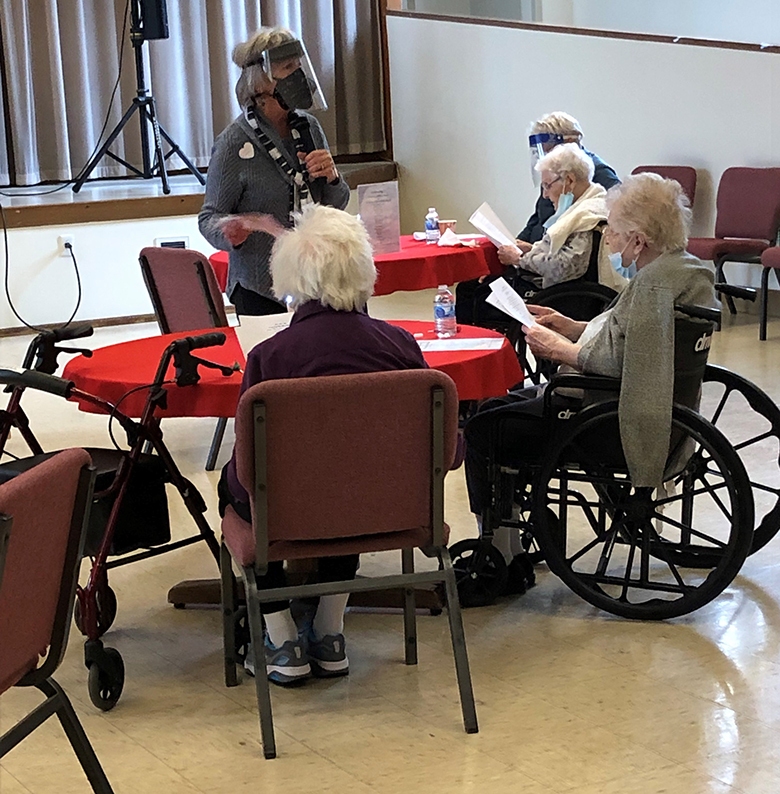 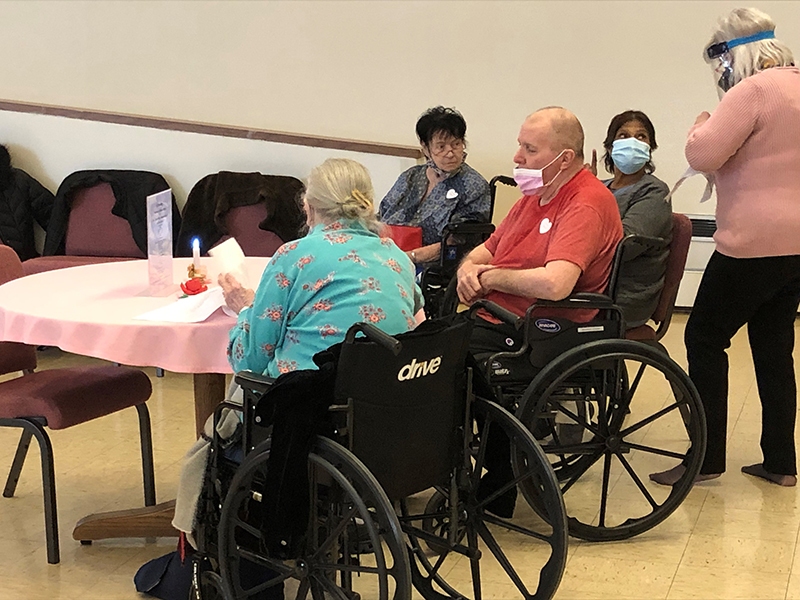 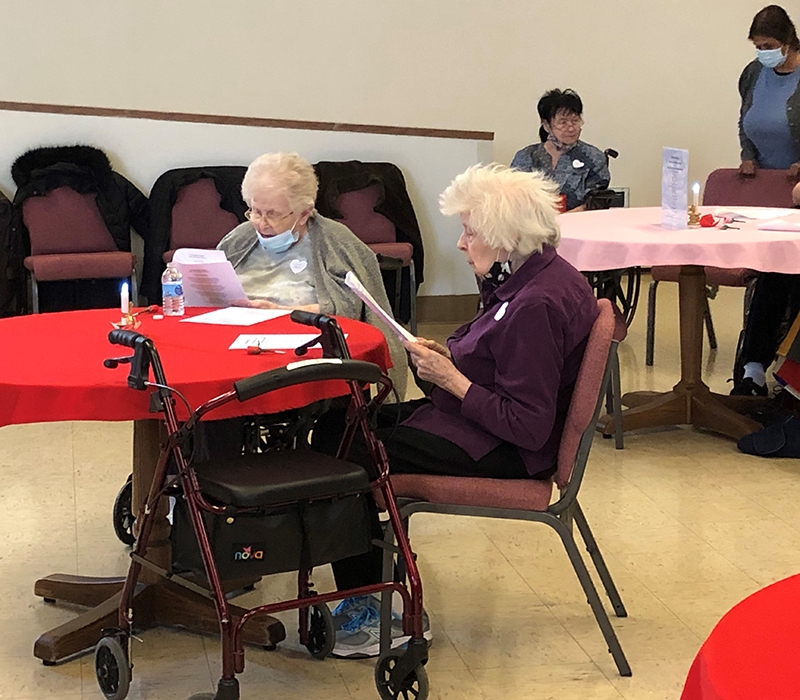 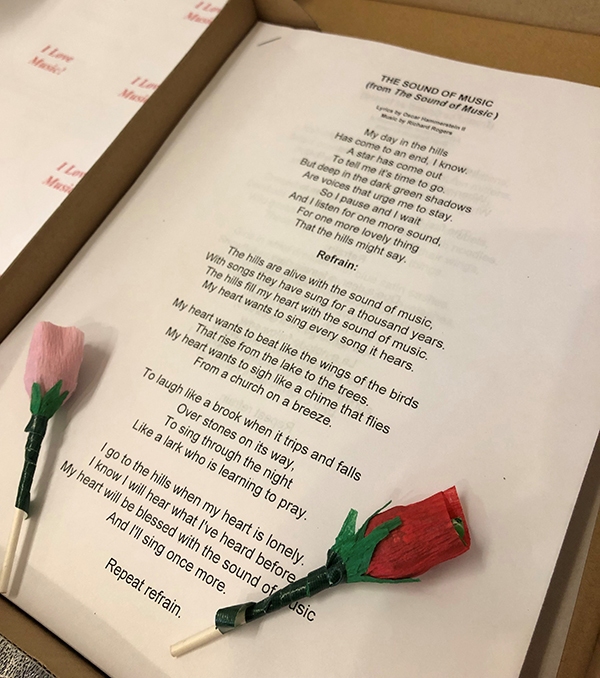 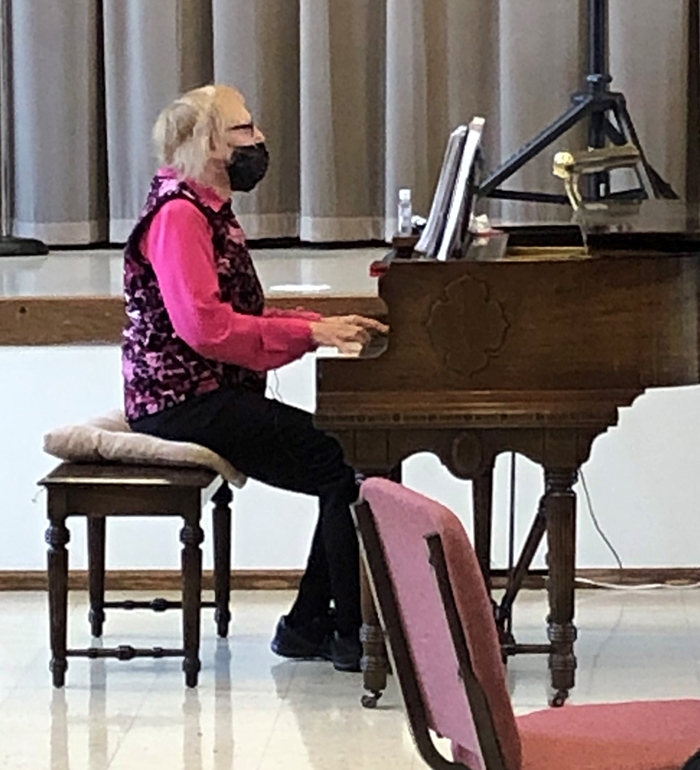 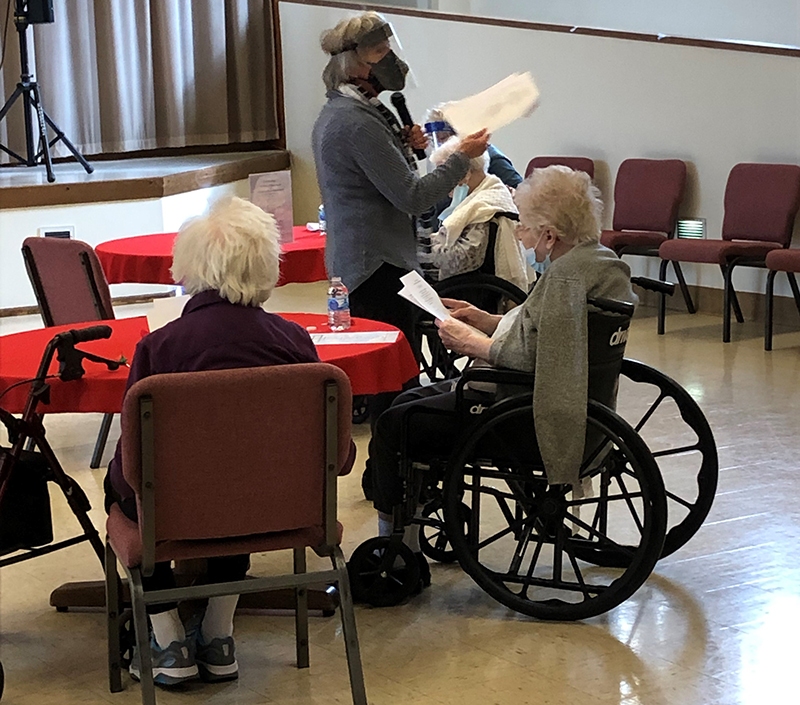 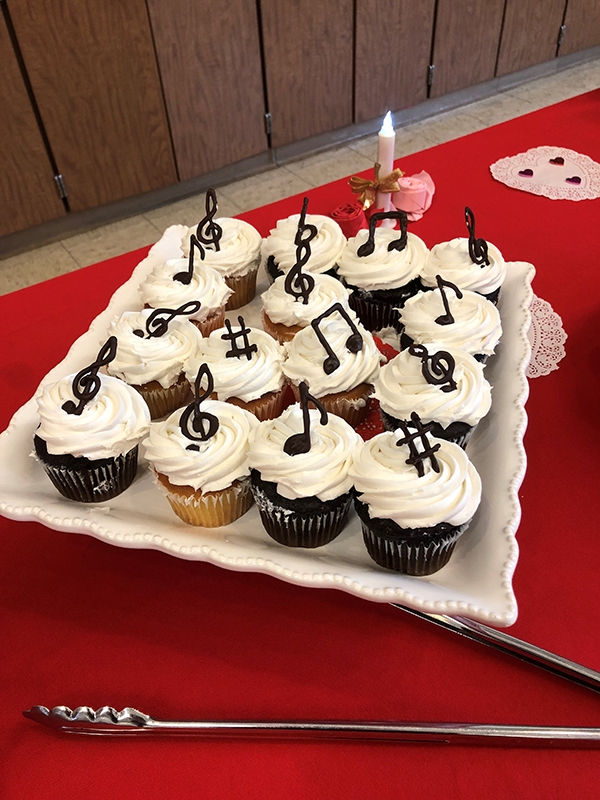 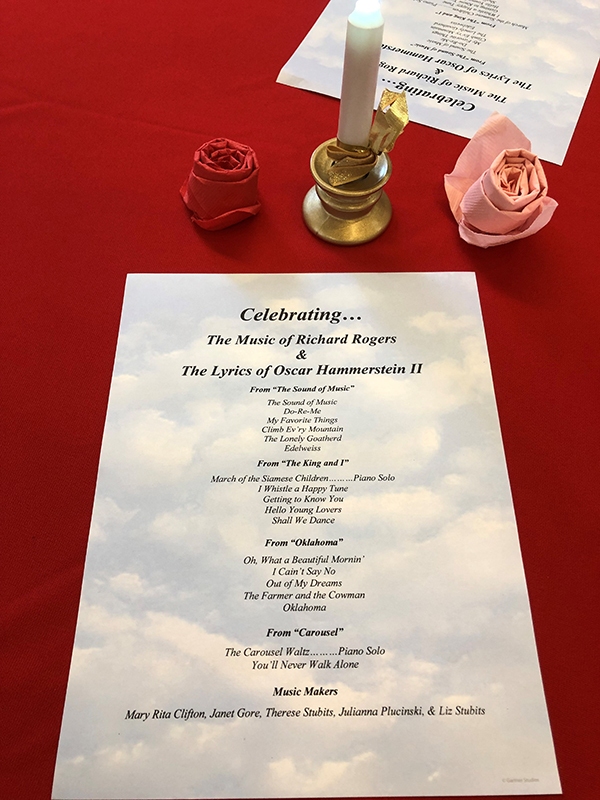 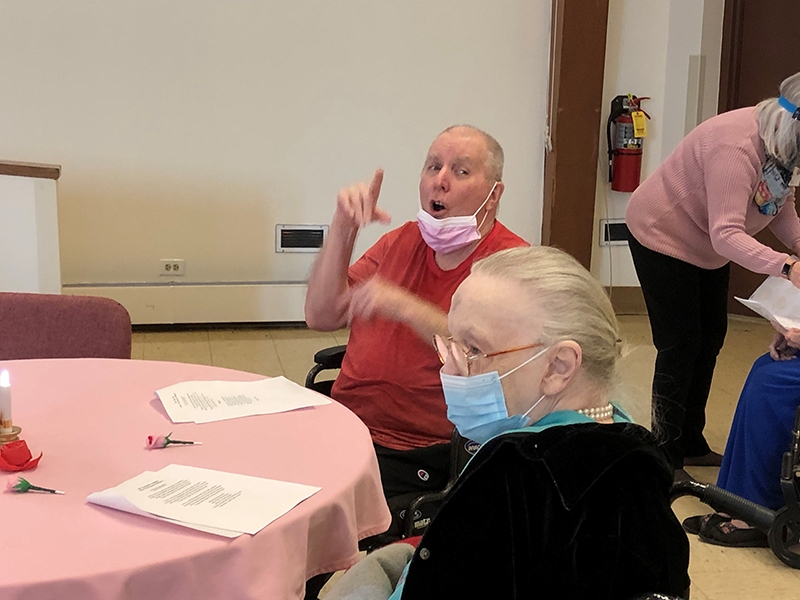 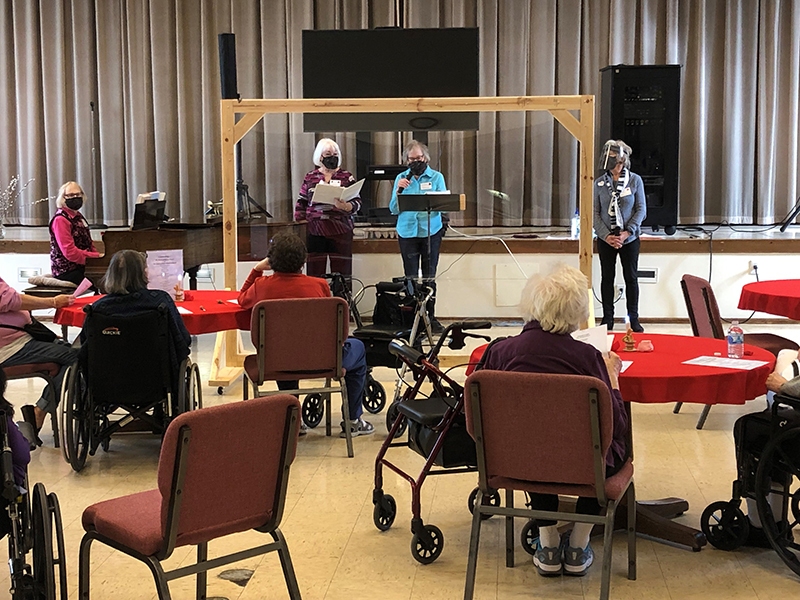 Sending Prayers and Donations
Living Stations of the Cross